Around the world people are becoming more and more concerned about the dwindling availability of safe drinking water. In 2014 this problem was brought to the forefront of awareness by the water crisis in Flint, Michigan. 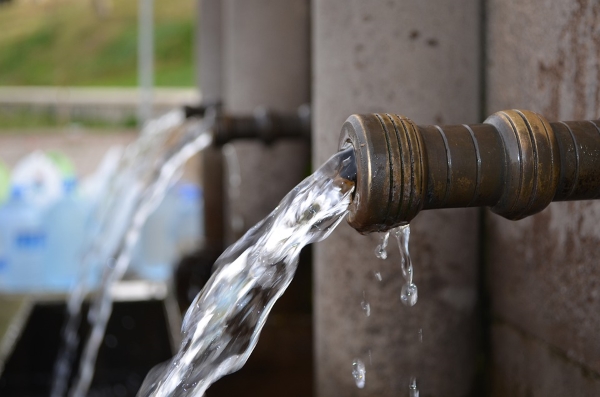 What Happened in Flint, Michigan?

Problems began when the city, in an effort to save money, changed the water source for the city. It was thought that money could be saved by sourcing water directly from the Flint River. Previously, the city of Flint had piped its water in from Detroit.

Because the city of Flint was experiencing a financial crisis at the time, the switch was made in a rush. Financial concerns and undue hurry led to cutting corners and failure to follow established protocol for preventing lead contamination. As a result, no inhibitor was put in place to prevent pipe corrosion. Use of an inhibitor would have added $80-$100 a day to the cost of supplying the town with water.

Officials tasked with overseeing the switch did not take into account the fact that river water is much more corrosive than the treated water that had formerly been piped in from Detroit. The river water caused the corrosion of established mineral buildup in the pipes. This buildup had been acting as a barrier that prevented leaching of lead from the old pipes into the water. With the mineral buildup compromised, the corrosive water caused damage to the interior of the aged pipes. This caused dangerous levels of lead to leach into the water.

How Much Will it Cost the City of Flint to Repair this Damage?

Although the city has since switched back to the previous water source, the damaged pipes continue to leach lead into the town's water. The health damage that has been done includes widespread lead poisoning and massive illness and neurological problems for great numbers of children. This damage is irreparable. The water contamination may also be to blame for a flurry of Legionella illnesses.

There is also tremendous structural damage to the existing water system. The corroded pipes are leaking and continue to contaminate the water. All of this damage will be very difficult (if not impossible) for the strapped city of Flint to address. Replacement of all the pipes owned by the city could cost as much as $1.5 billion.

How Long Will it Take to Replace Flint's Water System?

Replacing a town's entire water system is not usually done in one go. This is typically a multi-phase process that can take as long as thirty years. Clearly, in this dire situation that length of time is unacceptable; however, coming up with the finances and the engineering needed to solve the problem rapidly presents a tremendous (and perhaps insurmountable) problem for the city.

Will New Pipes Last Longer Than the Old Ones?

The original pipes are actually remarkably durable and have already lasted half a century (or more) longer than they were expected to. The very oldest pipes were quite thick. During the Second World War (due to lack of resources) pipes were made with thinner walls. These are the pipes that are typically corroding and causing problems. New materials used for water pipes (i.e: PVC, copper, galvanized steel) are far superior to any of the older versions. Not only are they safer, they are actually longer lasting.

This video shows the types of pipe typically used for water and provides sound advice on checking to see if the pipes that bring water into your home are made of lead.

Will New Pipes Last Longer Than the Old Ones?

The original pipes are actually remarkably durable and have already lasted half a century (or more) longer than they were expected to. The very oldest pipes were quite thick. During the Second World War (due to lack of resources) pipes were made with thinner walls. These are the pipes that are typically corroding and causing problems. New materials used for water pipes (i.e: PVC, copper, galvanized steel) are far superior to any of the older versions. Not only are they safer, they are actually longer lasting.

This video shows the types of pipe typically used for water and provides sound advice on checking to see if the pipes that bring water into your home are made of lead.

Is Flint the Only City this Has Ever Happened to?

Unfortunately, according to the American Society of Civil Engineers, the US water infrastructure is in dreadful condition. Many cities in the US have unacceptable levels of lead in the water, and the condition of drinking water around the world is declining as industrialization and other commercial enterprises spread.

Why is Lead Dangerous in Water?

Lead is a ubiquitous, natural metal that is present in every part of the environment. When left undisturbed, it is fairly harmless. Small amounts of it are found distributed over all of the outer layer of the earth. Unfortunately lead movement and redistribution often results from human activities, such as manufacturing, mining and use of fossil fuels.

Lead is found in a wide variety of materials, such as:

Long ago, lead could be found in many common household items such as metal toys, ceramic ware, interior and exterior paint, caulk and more. Today lead content is closely monitored and regulated. Because of this, blood testing shows that we have far less lead in our bodies today than people did only three decades ago.

How Does Lead Get Into Non-Compromised Water Systems?

Lead is not usually found in water. It is usually put there by faulty delivery systems. If you still have lead pipes as a component of your water system, you may very well have a problem with lead contamination. It's important to understand that a damaging amount of lead may also come from small components of your water system, such as the solder that is used for the purpose of joining pipes, coolers, faucets, valves and the like.

Brass fixtures may also leach some lead into water. This is especially true of brand-new fixtures. With time and use, the amount of lead leached out by brass naturally reduces.

What About Well Water?

If you have well water, and your well is more than a couple of decades old, you should have your water tested for lead periodically. An element known as the "packer" (a product used for sealing wells) may very well contain lead. Other well components, such as submersible pumps may also rely on some brass parts.

If you have an older well, or if you are simply concerned about the quality of your well water, contact the certification officer in your state to obtain a list of local labs that can test your water for you.

How Can you Get Lead Out of Well Water?

Begin by determining how the lead is getting into your water and make corrections and repairs accordingly. You may need to engage a licensed well-water contractor to evaluate your well and determine where the lead contamination is coming from. Once you've located and corrected the problem, continue to have water from your well tested at least once a year to make certain you have everything under control.

Can Lead be Boiled Out of Water?

How Can Tap Water be Treated to Remove Lead?

There are a number of ways to remove lead from water. Carbon filtration systems (either pitchers or at the tap),  and distillation systems, reverse osmosis systems will all remove lead. To find out what has worked best in your area, contact your city or county health department.

To be sure of getting a filtration product that meets all established safety standards, the Centers for Disease Control (CDC) advises checking for certification by The National Sanitation Foundation (NSF) International.