Poly-fluoroalkyl and per- fluoroalkyl (PFAS) are a group of chemicals that we are only beginning to understand. PFAS has been identified as a cause of several health disorders and the list is growing. Because research into the health effects of PFAS on the human body started fairly recently, scientists are not yet certain to what extent it affects humans and animals. However, with the knowledge we already have, it is clear that it is a matter of serious concern. Using all the currently available scientific data, we’ve explored the risks associated with PFAS contamination. The greatest concern is PFAS contaminated water. 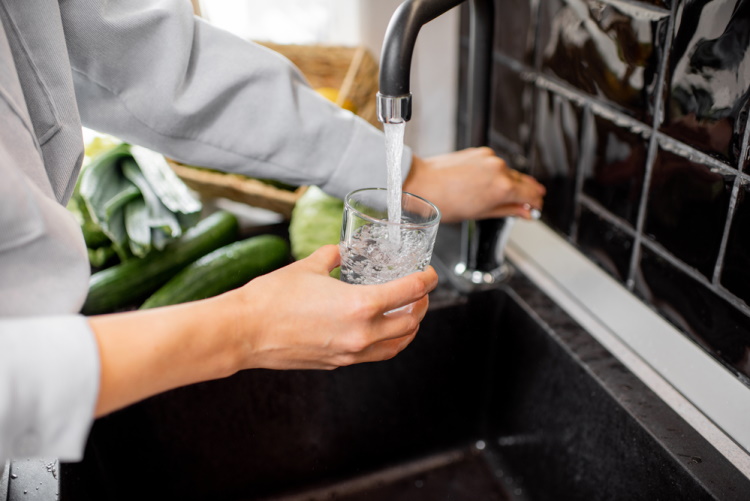 Since the 1940s, PFAS chemicals have been used in a variety of industries. These are man-made substances used primarily used for grease proofing and water resistant products, as well as non-stick cookware and firefighting foam. Though there is an extensive list of products and industrial applications for PFAS. Over 5,000 PFAS compounds have been identified.

PFAS chemicals are highly stable, meaning that they don’t break down easily. As a result, toxins remain in the environment (and the human body) for a very long time. This makes these chemicals especially dangerous as they accumulate over time. They can be found in ground water, rivers, lakes, and dust.

It was only in 2002 when scientists first became aware of the dangers associated with PFAS. It all began when the Minesota Department of Health (MDH) and the Minesota Pollution Control Agency (MPCA) started investigating PFAS in ground and surface water in Minesota. Originally, scientists did have the ability to detect small amounts of these toxins as the technology did not exist. Over the last 20-years, their ability to obtain samples as small as parts per trillion (PPT) have been developed. This has lead to a greater understanding of the extent of the health problem, not just in Minesota, but throughout large parts of the USA and other countries. Most industrialized countries have been using PFAS chemicals for several decades.

Small amounts of PFAS in drinking water is not a health concern. The Environmental Protection Agency (EPA) has issued a health advisory stating that 70 PPT in drinking water is safe for human consumption. Eating animal products that have consumed PFAS contaminated water also increases our health risks. Trace amounts of PFAS can also be found in dust, which we breath in. This means that we may be exposed to multiple sources of PFAS in our immediate environment – the water we drink, the food eat, and the air we breathe. However, contaminated water is our greatest concern as this is where the highest levels of PFAS are to be found.

Because we come into contact with PFAS from multiple sources, and they remain in our bodies for a long time, it is not easy to determine exactly how much of toxic chemicals we are actually exposed to. Though contaminated water remains the greatest risk. The small amounts in food and dust should not, on their own, be enough to cause any health issues. However, combined with contaminated water, the overall effect can be dangerous.

What Health Problems have Been Associated with PFAS?

Since research into the health effects of consuming PFAS contaminated water only began recently, there is a lot of speculation about the topic. Scientists have been investigating how PFAS affects humans and animals in several countries. By analyzing the combined efforts of international research researchers, we are beginning to gain a better understanding of what the health risks are from consuming contaminated water.

The Center for Disease Control (CDC) has compiled a comprehensive document detailing the observations made by scientists with regard to PFAS contamination and the possible health risks. By analyzing and interpreting data obtained from scientists around the world we are able to determine the following consequences of drinking water containing high levels of PFAS:

A specific PFAS compound, known as Perfluorooctanoic Acid (PFOA) has been associated with kidney and testicular cancer.

Just about all of us have PFAS and PFOA in our blood. This need not be a concern, unless they reach dangerous levels.

By researching the effects of PFAS in areas known to have high concentrations of the chemicals, scientists have been able to identify specific health conditions that can be attributed to consuming PFAS contaminated water.

How to Reduce Your Risk of PFAS Contamination

The greatest PFAS risk posed to humans is by drinking contaminated water. Many areas in the US have been affected, causing residents in these areas to be concerned. In some areas, only small amounts of PFAS have been found in water sources. However, even in these areas, it is advisable to be aware of the risks as you may be exposed to additional sources of PFAS, like contaminated food or airborne dust pollution.

To be sure that you and your family are not at risk of health issues related to PFAS contamination, it is advisable to use the appropriate water filtration for the drinking water in your home. These include: