Water security is an international concern that affects everyone. The issue of providing safe drinking water to all the people around the world is proving to be a great challenge. There are those who speculate that future wars may be fought over this vital commodity. 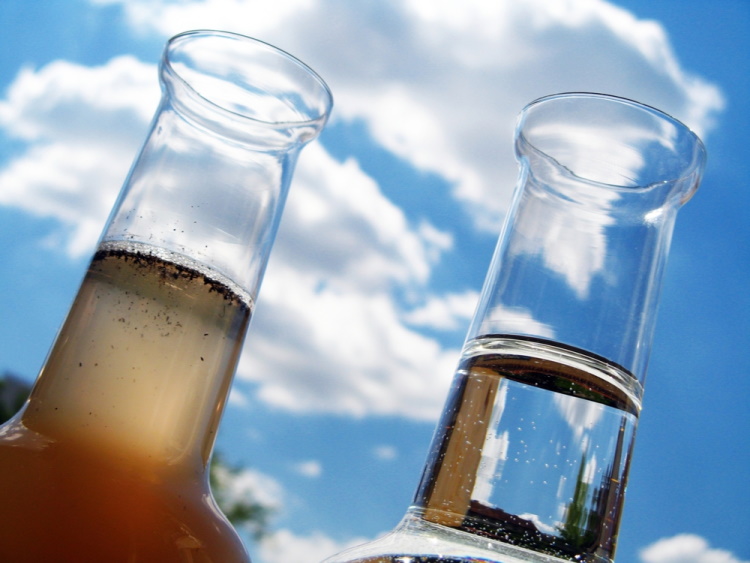 While many assume that developing countries face the greatest challenges with regards to clean drinking water, the Unites States is battling to ensure that its citizens have access to safe drinking water. Over 65% of Americans believe that water contamination is a real threat. We asked the big question facing many Americans today: What is the EPA doing about water contamination?

A 2017 article published on the USA Today website presented some alarming statistics with regard to water contamination in the US. The shocking headline, claiming that 63 million Americans do not have access to safe drinking water definitely caught my attention. That’s almost 25% of the entire population! Certainly not what one would expect from the world’s largest economy.

Water contamination in the US is generally thought of as a problem affecting poorer, rural, and minority communities. While this is mostly true, I was surprised to see that some of wealthiest and largest municipalities are failing to meet their commitment to supply safe water to their communities. It may hard to believe, but New York City has failed several times to meet EPA regulations for safe drinking water in the city. Many other large urban areas also experience water contamination, including pathogens that cause illness.

In reality, there are potential risks throughout the US caused by a number of factors:

Given the enormity of the problem, some might feel it is understandable that the EPA does not seem to be winning the battle of managing water contamination in the US.

What is the EPA Doing About Water Contamination?

The Environmental Protection Agency (EPA) is tasked with the mammoth task of enforcing the Clean Water Act (CWA) and the Safe Drinking Water Act (SDWA). These acts were introduced in 1972 and 1974 respectively. A summary of both acts is provided below.

With federal laws and billions of dollars in funding to regulate our water supplies, why is the EPA failing in its duty to ensure that all Americans have access to safe drinking water?

The waterways have been flooded with pollutants for over a century. Yet it wasn’t until the 1960s that the federal government realized a need to regulate the water supply. It took several years for the legislature to pass laws to address the problem.

By the time the EPA undertook the implementation of the Clean Water and Safe Drinking Water acts in the 1970s, it was dealing with decades of uncontrolled contamination. Before even addressing future pollution issues, authorities had to contend with a massive historical legacy of water contamination.

Ideally, pollution control should be proactive, looking into the future to prevent continued and future contamination of natural resources. Unfortunately, the opposite is true. Water pollution control is retroactive. Action is only taken once contamination is discovered instead of preventing the problem in the first place. This is exasperated by failure of some industries and municipalities to comply with EPA regulations.

Even when local authorities begin to address the problems of water contamination in their area, it can take many years to rectify the situation. A shortage of resources and the extent of the problem means that water supply monitoring and control is more about putting out fires than preventing them in the first place.

It may simply be a matter of time before the EPA is able to contend with the massive task of addressing more than a century of water pollution. This is not much reassurance for the American public who are only asking for their basic human right to clean drinking water.

What is the Solution?

No matter how we interpret the situation, the EPA is facing a massive task and it will be a long time before we can expect all the water supplies in the US to be clean and safe. There is doubt among some if this will ever become a reality.

One thing is clear, we are going to be living with this problem for a long time to come. Many people buy bottled water as a means of ensuring that they have safe drinking water. This is not an ideal situation. Bottled water is expensive and poses additional environmental hazards. The production, bottling, and transportation of bottled water all has an environmental impact. Not to mention millions of plastic bottles polluting landfill sites.

A more logical solution seems to be home water filtration. An inexpensive water filter pitcher can ensure that people have safe drinking water in their homes. For large families and commercial buildings, a whole house reverse osmosis water filtration system could be a more practical solution.

As much as we may want the EPA to ensure that we have clean water, it seems to be an impossible task. At least for the immediate future, it appears that we will have to shoulder the responsibility of ensuring that our families have safe drinking water.