Getting water from air seems like magic, but this is just a byproduct of refrigeration. The same process that leaves puddles under air conditions and freezers is used by atmospheric water generators to collect water from the atmosphere. Is this water safe? While it won’t have the same issues as ground water, moisture collection also gathers dust, chemicals and pathogens from the air. Water captured this way is also a prime breeding ground for bacteria. Atmospheric water generators solve these issues by using proven water treatment technologies. Here’s how they turn water from the air into something you can safely drink. 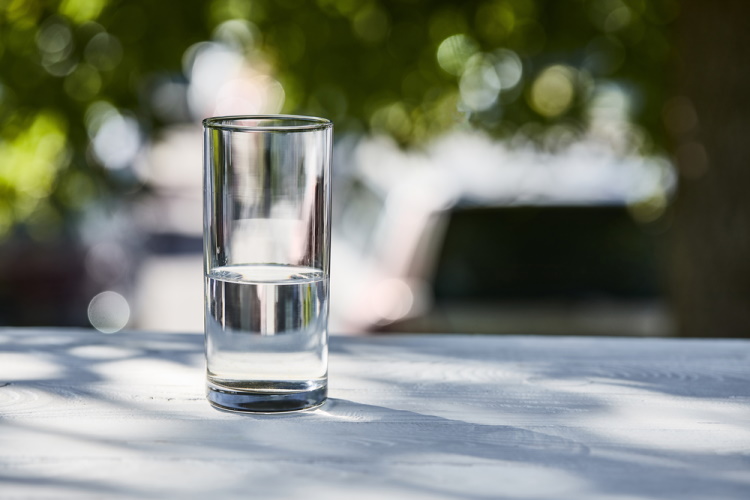 How Do You Get Water from the Atmosphere?

Air contains water vapor. The warmer the air is, the more moisture it can hold. A side effect of chilling air with an evaporator is the release of airborne moisture. Once the air reaches its dew point, some of the water it holds condenses. Dehumidifiers use this to lower the humidity in the air. Atmospheric Water Generators (AWGs) take this a step further. While water from a dehumidifier is thrown out, an AWG uses filters to clean the water, making it safe to drink.

Is the Water From an AWG Clean?

No, at least not at first. While you won’t find the same issues in water coming from an AWG evaporator that you’ll get from ground water, it can still be toxic. If it’s in the air, it’s going to end up in the water. That includes pollen, industrial fallout, mold spores, dust, dirt and pathogens. AWGs also store water after filtration. If that water becomes stagnant, it can be a breeding ground for pathogens.

The most dangerous substances in unprocessed AWG water are a combination of volatile organic compounds and pathogens. VOCs from paints, solvents and other chemicals in the air are readily absorbed by the water captured by these machines. While these substances are toxic on their own, they aren’t usually present in large enough volumes to be a direct health issue. However, microbes can feed on VOCs, leading to massive outbreaks.

In 2017, the EPA conducted a Cooperative Research and Development Agreement (CRADA) with Watergen, evaluating their GEN-350 water generator. This large scale generator produces anywhere from 1,000 to 10,000 liters (264 to 2,641 gallons) of water per day. However, smaller scale systems use the same basic technology. They found that the untreated water produced by this AWG is an ideal breading ground for Legionella spp. and Mycobacterium spp. Legionella spp. causes Legionanire’s Disease, a severe form of pneumonia. Some forms of Mycobacterium spp. cause leprosy and tuberculosis.

While the presence of either Legionella or Mycobacterium is cause for concern, the study found the presence of VOCs caused rapid blooms that increased the chance of infection. For water captured by an AWG to be safe, it needs to remove or deactivate pathogens, as well as remove chemicals that feed pathogens.

Material choices also play a part in making a safe AWG. For example, while lead may be used to solder other refrigeration equipment, it can contaminate water coming from the AWG. To prevent this from happening, the components that touch the water are made using metals and plastics approved for drinking water use.

The presence of other toxins varies depending on where the water generator is operating. Pollen and mold are an issue everywhere. Agricultural chemicals may be present, if you’re out in the country. If you’re in a town or city, the water may pick up heavy metals and solvents from industrial fallout. While these may not be in amounts that are hazardous to your lungs, an AWG has to go through thousands of cubic feet of air for every gallon of water generated. This increases the concentration of these chemicals.

How is AWG Water Turned Into Something I Can Drink?

The International Association of Plumbing and Mechanical Officials (IAPMO) worked with the American National Standards Institute (ANSI) and the American Society of Safety Engineers (ASSE) to create IAPMO/ASSE Standard 1090-2020, “Performance requirements for drinking water atmospheric water generators.” This standard establishes performance metrics and construction materials for AWGs. It focuses on efficiency as well as water safety. Commercial AWGs that meet this requirement must have treatment equipment to remove chemical and biological contaminates from water. You can expect AWGs that meet this standard to have the following water treatment equipment.

This immense surface area lets activated carbon pick up contaminants using adsorbtion. As the water passes through the filter, chlorine, VOCs, THMs and organic chemicals stick to the carbon’s surface. Chemical treatments can alter activated carbon, so it will remove other contaminates. Catalytic carbon has an electric charge that attracts heavy metal ions, chloramine and chlorine.

Carbon filters come in two forms: loose granular activated carbon (GAC) and block carbon. GAC is the type of carbon used in most small filtration systems, like water filter pitchers. This material has the highest flow rate, but channels can form in the filter media over time. Once this happens, water can flow through the media without contacting the carbon, which means toxic chemicals aren’t removed. Solid carbon has a lower flow rate, but channels can’t form in the media. This maximizes their effectiveness.

What Happens if I Don’t Change My Filters?

A clogged electrostatic filter makes the fans work harder to draw in air. This increases electricity consumption, as well as wear and tear on the AWG.

Carbon filters hold onto the toxic materials they remove from water. Once the spaces for these toxins fill up, the filter stops functioning. Eventually, the filter will break down, releasing those captured chemicals into the water. This makes it more polluted than the water coming directly off of the evaporator.

UV bulbs wear out over time. While an old bulb may work, it may not be outputting enough light to effectively kill viruses, cysts and bacteria. That’s why manufacturers recommend change bulbs at a regular intervals, typically every year.

I Haven’t Used My Water Generator in a While. Is the Water Safe to Drink?

Stagnant water gives time for pathogens to grow, even if they were present in minute amounts after generation. Legionella can establish large colonies in a matter of weeks, while mold can take hold in a matter of days.

Check your generator’s instructions for storage information. You may need to sterilize the system before use. This typically involves running clean water with hydrogen peroxide through some part of the system.

Is Water from an Atmospheric Water Generator Hard or Alkaline?

The mineral content in this water is very low, so it should be almost neutral. Typically, water directly from the condenser will have a pH between 7 and 8.5. During the filtering process, trace minerals are removed, which can bring this range down to between 7 and 8 pH. This is well within drinking water standards, and it shouldn’t cause any problems with pipes, hoses or fixtures designed for use in plumbing.

Is an AWG Safe for the Environment?

Running a refrigeration unit to capture water uses a lot of power, making an AWG is the most energy intensive process for making drinking water. In the paper “Environmental Assessment of Air to Water Machines –Triangulation to Manage Scope Uncertainty”, published in The International Journal of Life Cycle Assessment, researchers evaluated the energy use of these machines.

They found that an AWG using coal-generated electricity had three times the carbon footprint of reverse osmosis, the second most energy intensive water purification system. Burning coal doesn’t just add carbon dioxide to the atmosphere, it also adds mercury and other toxins. In other words, connecting your AWG to the grid could increase the amount of pollutants it has to remove. That’s why there’s such a big focus on using solar power for these systems.

Solar doesn’t just reduce the AWG’s carbon footprint. By combining solar power with a water generator, you can make safe drinking water almost anywhere. In remote areas, this has far less environmental impact than trucking in water or digging a temporary well.