On the subject of water, whether it’s the kind that comes out of your tap or the fresh bottle you just bought at the supermarket, you may have come across the term ‘R.O’ at some point. A very nebulous term, and one that, exploiting the average layman’s ignorance of it, is still used in PR and advertising every now and then.

Obviously, it’d be a good idea to inform yourself of its meaning, then. Well, by asking the right people, or through a quick Google search, it is easy to find out that R.O is short for ‘Reverse Osmosis’, but then again, what the heck is that about, and what has it got to do with your water? This is a lot harder to find a clear answer to, unfortunately. Popping those two words into a search engine will mostly yield highly specialized, scientific results with tons of hard-to-understand terms and words you’ve probably never even heard of before. Don’t worry, though. Reverse Osmosis in and of itself is not rocket science, and it’s actually a very easy to understand concept. Let’s take a good look at what R.O is, how it relates to the water we drink and how it works, shall we?

How Does Reverse Osmosis Work?

At its core, R.O is a filtration method; it’s used to purify water. However, it is not the only one of its kind; there are countless alternatives that yield wildly different results.

It is therefore incorrect to assume that any and all filtered water is R.O water. Oftentimes, that is not true. So, the question remains, how does the process of Reverse Osmosis work? Very simply, actually. Besides large amounts of free space, the R.O procedure requires little besides a thin, multi-layered semi-permeable membrane (that is, a membrane that works akin to a sieve, only letting certain kinds of matter through) and a high-pressure water pump to work. The concept goes like this: Water is pumped through a series of tubes by the aforementioned pump. These tubes each contain at least one, if not multiple semi-permeable membranes.

The water can easily pass through these membranes, but any contaminants or unwanted ingredients such as salts or pesticides are easily caught by the membrane and thus removed from the final water product. Of course, it’s not as simple as that in practice. Many RO systems need to make use of additional filters in conjunction with membranes to catch certain kinds of solids and liquids that are hard to separate from the water, like carbons. This is why most systems of this kind are often multi-staged, with their tubes reaching truly excessive lengths accordingly.

So, having understood this basic concept, one may wonder: What is the alternative?

What makes R.O more desirable than the competition, not to mention, what even is the competition? The truth is that there’s no one single alternative for the reverse osmosic process, and that’s because, in its field of application, it works just fine, being able to purify water with up to 99% efficiency.

However, Reverse Osmosis is best used when the initial water product that is to be purified and filtered is already desalinated and doesn’t contain too many toxins, carbons or other matter that one generally needs thick filters for to remove, which can complicate the entire procedure and make it costlier than it’s really worth. For other scenarios, there are other methods.

This works at its most basic level by boiling saltwater, having the gaseous form rise up through a series of tubes into a separate container, then letting it cool down again in the hopes of leaving any foreign material with differing boiling points behind. The problem with this is, of course, that you cannot always guarantee that all of the non-H2O content in the water will have a boiling point so dissimilar that it will separate easily once temperatures hit 100 degrees C. Also, the tube-like network necessary to catch the purified water and separate it from any undesirable contents, can be expensive to build, not to mention that the entire boiling and cooling process can take quite a while.

Although the distillation method is still favored for desalinating water, it is also possible to use reverse osmosis for the very same purpose. With the help of some specialized filters and membranes, the water’s salt content can be separated from the pure H2O much easier and, thanks to the efficiency of high-pressure pumps, much faster than with any other method. It is wildly assumed that for these reasons, R.O will become the primary desalination method within the next couple of decades as the membranes, filters and pumping systems required for it will only continue to get cheaper to build and maintain.

However, if there is one purification method that can rub shoulders with R.O in terms of effectiveness, practicality and popularity, it’s bioremediation. This is a rather complex process whereby the water is ‘cleaned’ using specially-bred bacterial colonies. These simply ingest any offending foreign matter, and after numerous, long passes, with a different, artificially-selected generation of bacterium for each type of substance, the water will, under optimal conditions, come out just as clean as if it had been treated with R.O.

Since the bioremediation process uses organic agents, whereas R.O is nearly completely artificial, some prefer the former, stating it’s healthier or more natural. Still, just looking at the stats, reverse osmosis remains one of the best water purification systems in nearly every regard, being quick to use, easy and cost-friendly to set up and highly effective in its operation. 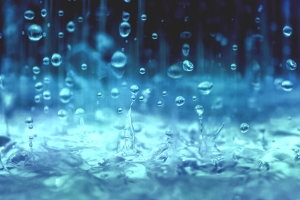 What is Reverse Osmosis Water?

Looking For Something Else?

PrimeReviews.org is a participant in the Amazon Associates Program, an affiliate advertising program designed to provide a means for sites to earn advertising fees by advertising and linking to Amazon.com

PrimeReviews.org also participates in various other affiliate programs like Avantlink, Rakuten Linkshare, Shareasale and CJ other affiliate platforms where we promote merchants on their platform, and we sometimes get a commission for purchases made through our links